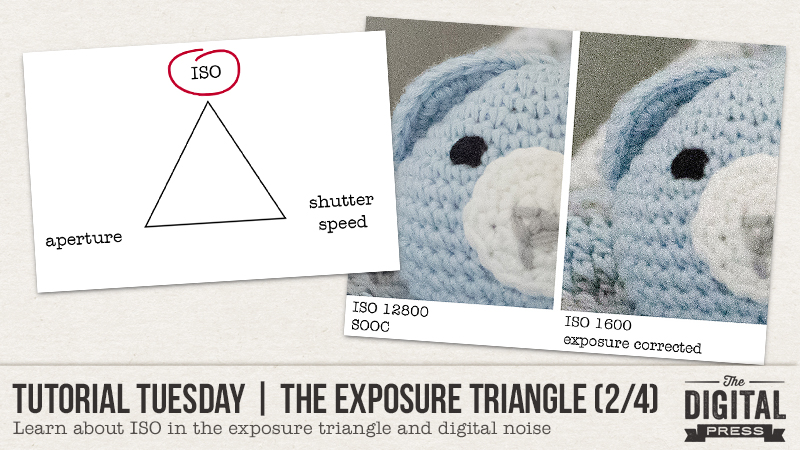 Welcome another edition of our Tutorial Tuesday series here on The Digital Press blog! This is Part 2 of our 4-part photography series all about the exposure triangle. If you happened to miss it a couple of weeks ago and need a recap, you can find Part 1 HERE. To refresh your memory, in that first post we introduced the idea that photography exposure depends on three settings: ISO, aperture, and shutter speed.

Today we’ll be focusing on that first variable — the ISO setting in the exposure triangle.

ISO is the sensitivity of the sensor. A high ISO means that the sensor of the camera is more sensitive to light, that it will “capture” every bit of light available, so to speak. More light is let in when you choose a high ISO number; conversely, less light is allowed in whenever you choose a lower ISO number.

What does this mean when you’re taking photographs? Well, for example… on a bright, sunny day outside you can choose a lower ISO (usually 100; sometimes 50) on most cameras. The opposite is true when you are indoors taking a photo in a room with very little light (at night, for example… or in a room with a tiny window and no lamp on). In that scenario, you would need to choose a much higher ISO (6400 or higher, etc.).

Here’s a look at a couple of outdoor/indoor photos, and the corresponding ISO used to capture the image… 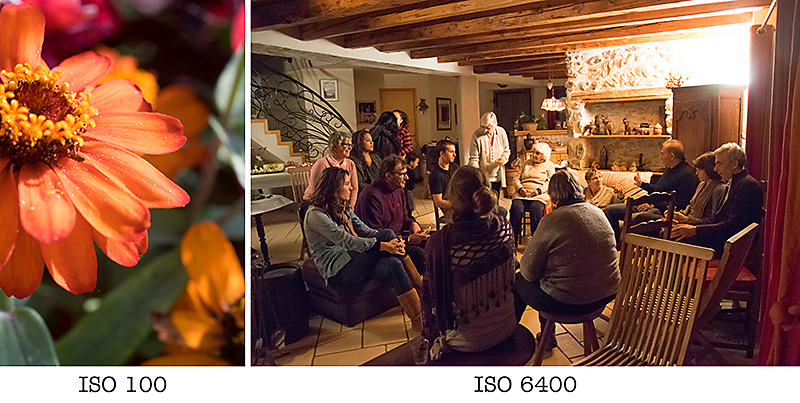 As I mentioned in Part 1 of this series, every setting of the exposure triangle has a “side effect.” In other words, each setting has consequences on the exposure but also on something else in the picture. The side effect of ISO is noise. In the film days, it was called “grain” because the sensitivity of the film corresponded to the size of the grains of salt (the less sensitive the film, the smaller the grains and the cleaner and smoother the image appeared). With digital cameras we use the word noise to express the same thing as the film-age term “grain.”

Here are two examples of the noise that appears on images with a very low ISO and a very high ISO. As you can see, high ISO = more light allowed in but more noise; low ISO equals less light allowed in (so I had to adjust the other settings of the triangle), but less noise… 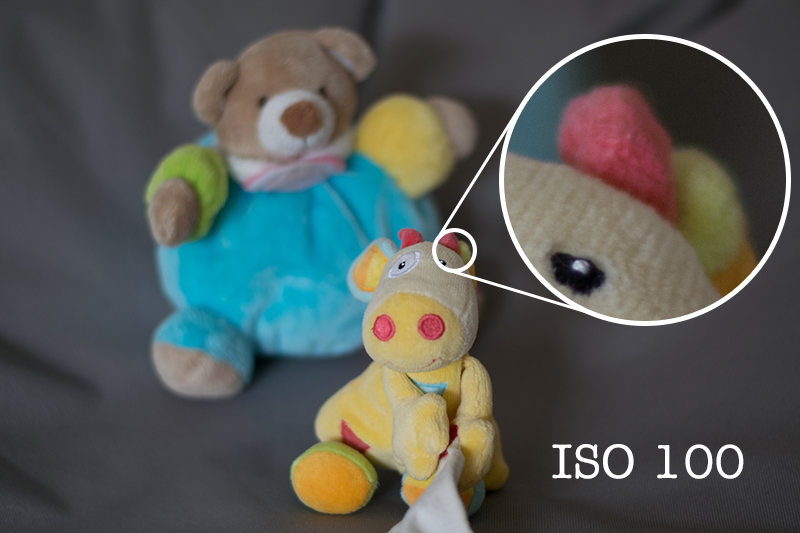 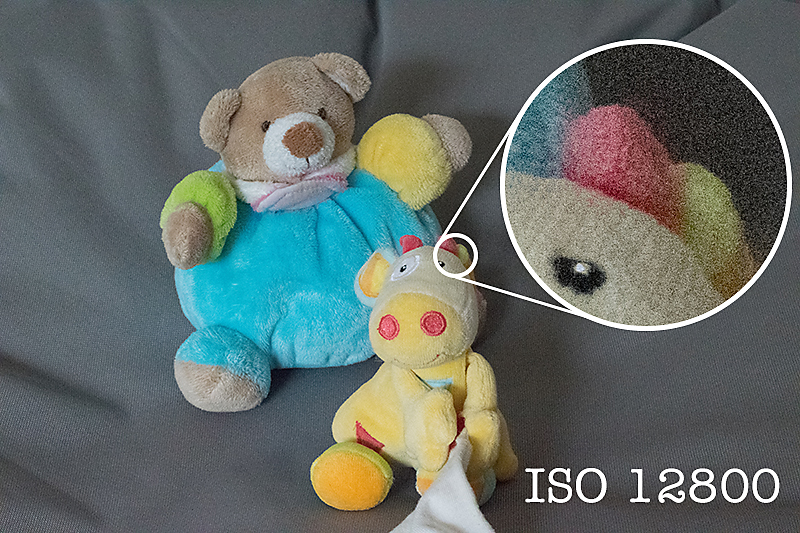 Even if grain was part of the charms of film photography, oftentimes digital noise is considered to be a bad thing. It can be distracting when it’s too strong, and it can create color artifacts. One way to avoid “bad” noise is to correctly expose the image in the first place, even if that means upping the ISO (noise will be better on an image correctly exposed with an ISO of 12800 than on an image with an ISO of 3200 that needs to be brightened in post-processing.

Here is another example that illustrates this idea…

First, the SOOC (straight out of camera, no post-processing) image at ISO 12800:

And next, the SOOC image at a much lower ISO of 1600, with all other settings remaining the same (hence the severe underexposure): 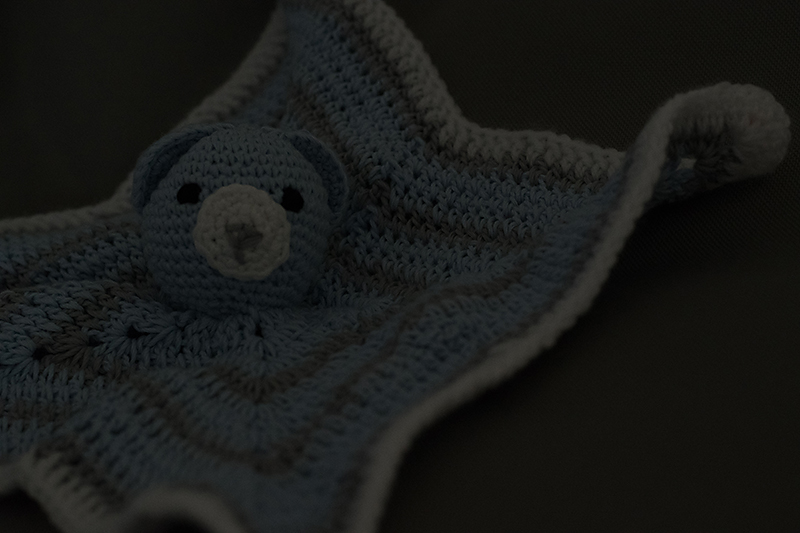 And finally, the second image… but with its exposure corrected in post-processing: 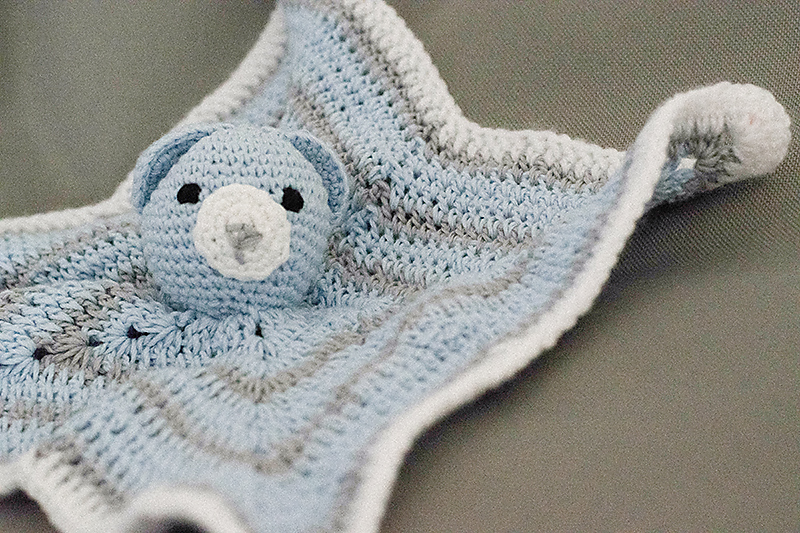 You can already see in the full image that the noise is much worse in the last picture (corrected) than it was in the first of the series, up above… even though the ISO is much lower. It’s even worse if you zoom in: 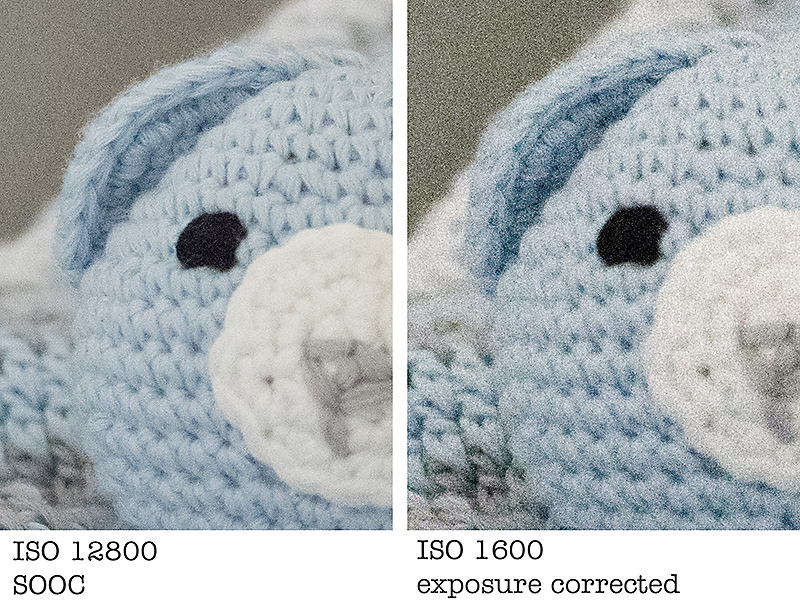 Moral of the story: it’s typically much better, in order to avoid bad noise, to take a picture with a high ISO but a good exposure… than it is to take an underexposed picture with a low ISO that requires brightening it in post-processing.

There are so many different cameras on which you can choose the ISO (even some smartphones!) that I will advise you to read the manual or do an online search on how to change the ISO on your own gear.

*TIP* If you are just starting to learn to shoot manually (where you, rather than than the camera, pick the settings)… ISO is a setting you can set on “auto” and let your camera take care of,,, so that you can focus on aperture and shutter speed. Once you get the hang of those, you can then start adjusting the ISO yourself.

We will explore those other two variables (aperture and shutter speed) in the next two parts of this series (coming in June, every other week). See you soon!

About the author  Chloé is in charge of PR and communication for her small town by day, a digiscrapper “by night,” and a photographer whenever the light is beautiful. She recently became a very happy mom to an adorable little boy and is enjoying the last days of her maternity leave.